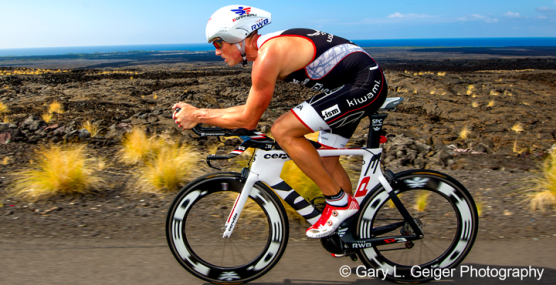 Kiwami North-America is happy to present the first part in a series of interviews of some of the best triathletes we’ve met recently.

Today, let’s meet Brad Williams, aka “AirForce Brad” until very recently. After several very successful seasons as an amateur, Brad took the dip and got his pro license. He’s now calling Oxford, England, his home and getting ready for an exciting 2015.

A few words of introduction?
I was born and raised in Riverbank, California. A small farming town about an hour south of Sacramento and 1.5 hours east of San Francisco. I grew up playing Football and Basketball in high school and was NOT athletic at all. I spent more time on the bench then on the field / court. I joined the Air Force straight out of High School and just recently separated back in August after 10 years of service.

How have you adapted to your new lifestyle in Oxford?
I moved to Oxford back in October as my wife is going to school there for her DPhil (PhD) in Zoology studying penguin genetics. We are looking at being there for the next 3 to 4 years and not sure what life holds for us after that. I was just getting use to the lifestyle and environment, but then we left back to the US for the holidays and New Year. I am currently down in San Diego, California training with my coach.
The environment in Oxford is great. It is a cycling friendly town, so everyone pretty much gets around by bike or walking. The pool is about 3 miles from our house, along with the world famous Roger Banister Sub-4 mile track. I do all of my track sets there and swimming at the college pool. Hopefully just running on that legendary track will rub off on my running speed 😉

Currently, how do your training weekends look like?
Since I am down in San Diego and the weather is great it usually is all done outside, however if I was back in the UK I think things would be a bit different. Last weekend was a pretty traditional training weekend, long ride on Saturday and long run on Sunday with a swim afterwards. Saturday I also went out to surf as we are living 200 feet from the beach, well I wouldn’t really call it surfing, more like making blooper videos of surfing wipeouts 😉 I have stood up quite a few times, but I wouldn’t necessarily call it surfing.

In which sport would you like to progress in the year 2015?
It is no secret that my swim is what is holding me back right now. I put in a big swim block back in November/December and noticed some pretty solid gains. Hoping that I can build off of that block and that more consistent swimming throughout the year will pay off. Last year I only averaged 9K a week in the pool, which anyone that is a swimmer knows that isn’t going to cut it. I would like to be more around 20-25K a week throughout the year as now I have the time to dedicate to the training.

What is your racing program for 2015? Is it Europe only? KPR for Kona 2015?
It is still a bit up in the air right now, but primarily Europe. I will be back in the states in March and April, so may do one to two races in that time frame, but still undecided. Just going to keep my head down for now and continue to plug away at training.
Chasing Kona points is nowhere on the plan right now, or in the foreseeable future. We will see how things progress over the next couple of years and if things are going well maybe I will give the KPR a chase on year, but who knows by then everyone may be chasing to get to a Challenge World Championship as it seems they are starting to get some big money behind the three race series in the middle east with a million at Bahrain and $300K at Dubai.

What are you main goals for the future – 2015 and beyond? Under 9 hrs in Kona?
Kona is not on the radar and times are really irrelevant to me as every course and day is different. For 2015 I would just like to get my feet wet in the pro ranks and see where I stack up. Racing in Europe is going to be a whole new experience, so I am looking forward to that.

Who are your sponsors for 2015?
Well as you know I will be back with Kiwami for 2015 which I am really excited about. With the amazing support of Kiwami USA with Andre and then the technology and development that Kiwami France and Craig are putting into their products is something that I look forward to being a part of and continuing to help with.
I will continue partnerships with CleverTraining, Honey Stinger, HED Wheels, ISM Saddles, and Massage Envy out of Pleasant Hill, California. For 2015 I have brought on a few more sponsors which I am excited to announce with ZicTech Bike stands and OSMO Nutrition.
I am also finalizing a deal with a bike company which I am excited about and will be announcing soon. You can checkout my sponsors and the great discounts they offer here.

In Kona 2014 you were one of the first athletes to use the Kiwami Kona Wings with a Spider Trisuit, what were the benefits? For an Ironman – do you prefer a Spider 1-piece or 2-piece suit?
I have been using a one-piece suit since 2011 and haven’t switched since then. I think the technology in the Kona Wings is great and as many people know and that data has shown “Skin is slow”, meaning those sleeves help with aerodynamics. The top was very tight fitting as well which I think helped with creating less drag. Since it was a prototype top I am excited to get a production model and race in it for 2015!

So are you now a big pudding fan? What about the 4 pm tea? 😉
I am not a big fan of American “Pudding”, now when it comes to British “Pudding” my wife and I are big “Pudding” snobs. For those non British people reading this, pudding is dessert in England. When we eat out we always try a “pudding” from wherever we are. Tea? Nope not really a tea or coffee person, but I do tend to show up for lunch whenever it is “tea time” and it is always interesting to figure out how they get off of work mid day to get tea and have tea time. It seems to be more of a 2pm thing in the Oxford area.

Thank you to Brad Williams for this interview. You can follow Brad on his Blog and Twitter